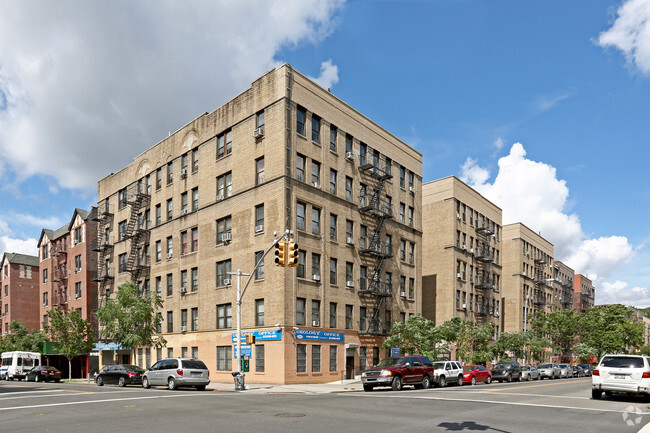 The building now has no drug dealers and has been restored to be the flower of inwood. The entire area has improved as a result. The Tenants Association has been disbanded – in fact there is now a waiting list for tenants – but it is long because nobody wants to leave! Even our rent stabilized tenants are happy! And so is our client. We tripled the rent roll – imagine a rent roll increase of 300%!

R.E.M. began working on making changes from day one. We worked with the Tenants Association to get a better understanding of all of the issues. We hired a new superintendent with knowledge, experience and a passion for doing a great job. We also hired an experienced porter who is proven at being a great support staff member. The building’s property manager and the Owner of R.E.M. himself visited each and every unit and met with every tenant. R.E.M. didn’t ignore the drug problem that was plaguing the building – we got actively involved and worked with local police precinct to eliminate the drug dealers.

We systematically evicted all non-paying tenants and illegal residents. R.E.M. performed a foundation to roof inspection. There were naturally some significant problems and we priced, managed and supervised the work that needed to be done. We installed a new elevator, parapet, wired in new electrical, new surveillance, and fixed the sidewalks. To prevent further crime, we added hall lighting and a new intercom, which also improved the look and feel of  the building. For cost savings, we added solar panels on the roof. We installed a new laundry room and renovated 40 out of the 88 units. Sounds like expensive repairs? They paid for themselves! 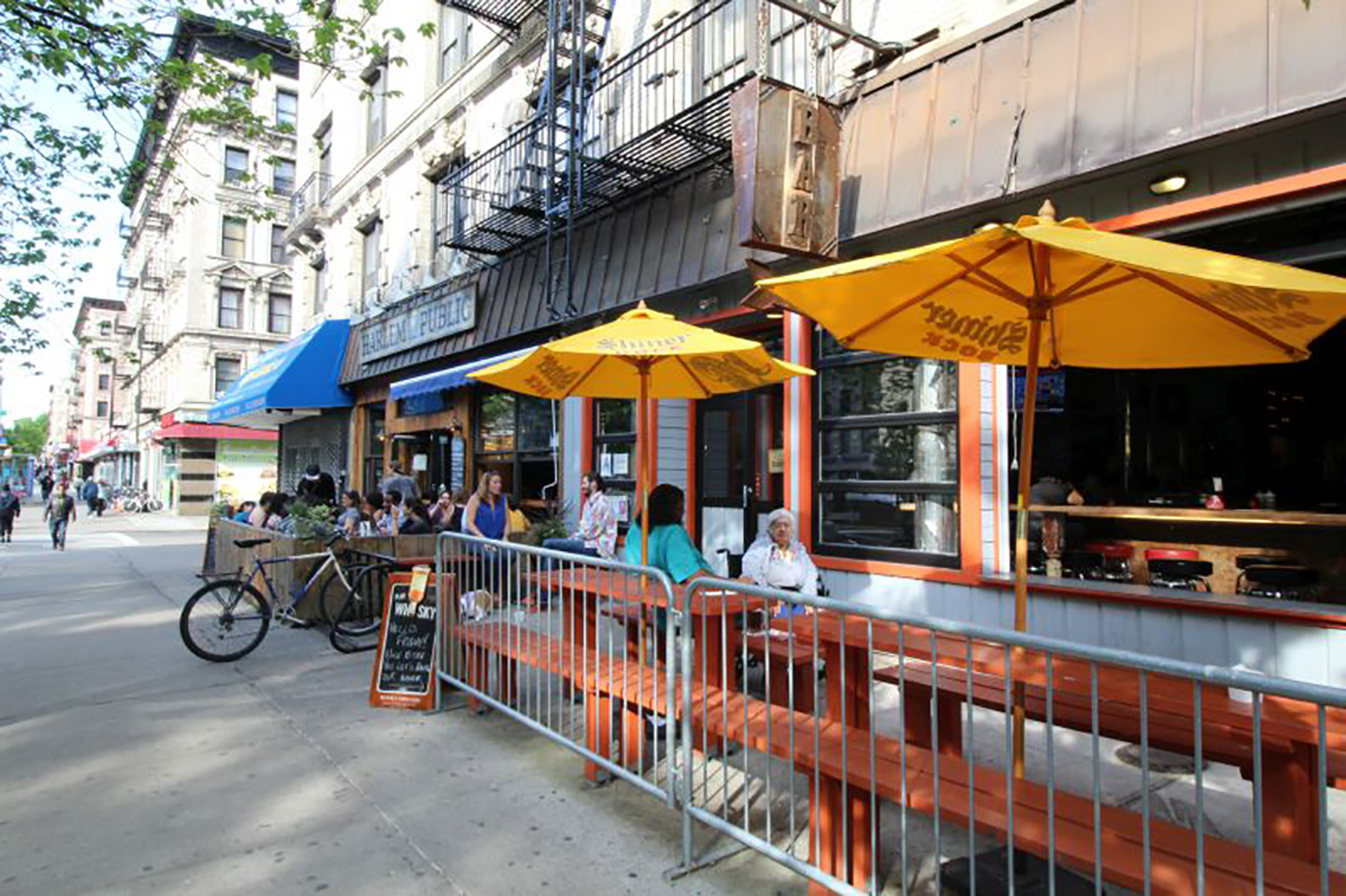 When R.E.M. took over the management of this building in 2008, the area was undesirable. The building itself was a mess! There were retail stores but they weren’t paying rent – and there were drug dealers dealing in the stores. There were many non-paying and illegal tenants.

R.E.M. has created a complete turnaround for this building. This building now boasts the famous Maggie’s Community Garden, which is loved by adults and children alike. In addition to tending to the beautiful green space, we were lucky to get Maggie as our porter and well-respected by everyone in the area. Two of our tenants are Harlem Public and At The Wallace. They are lively, well run, vibrant establishments, and they have improved the entire area. The property is now renting 3-bedrooms for $4000. We not only improved the rent roll – we doubled it.

R.E.M. evicted the non-paying retail space, and put in a reputable pediatric office. We placed a new superintendent we trusted into the building. The superintendent fixed problems with the building, and reported back to us when he saw drug dealers, and other tenants who were either illegal, dangerous or objectionable. We listened to the reports and acted on them, and eliminated all the bad apples in the building. We installed a new boiler, renovated the halls and added to security by adding a new intercom system. R.E.M. is experienced – we choose our tenants carefully and made sure that the commercial space added rather than detracted from the property. 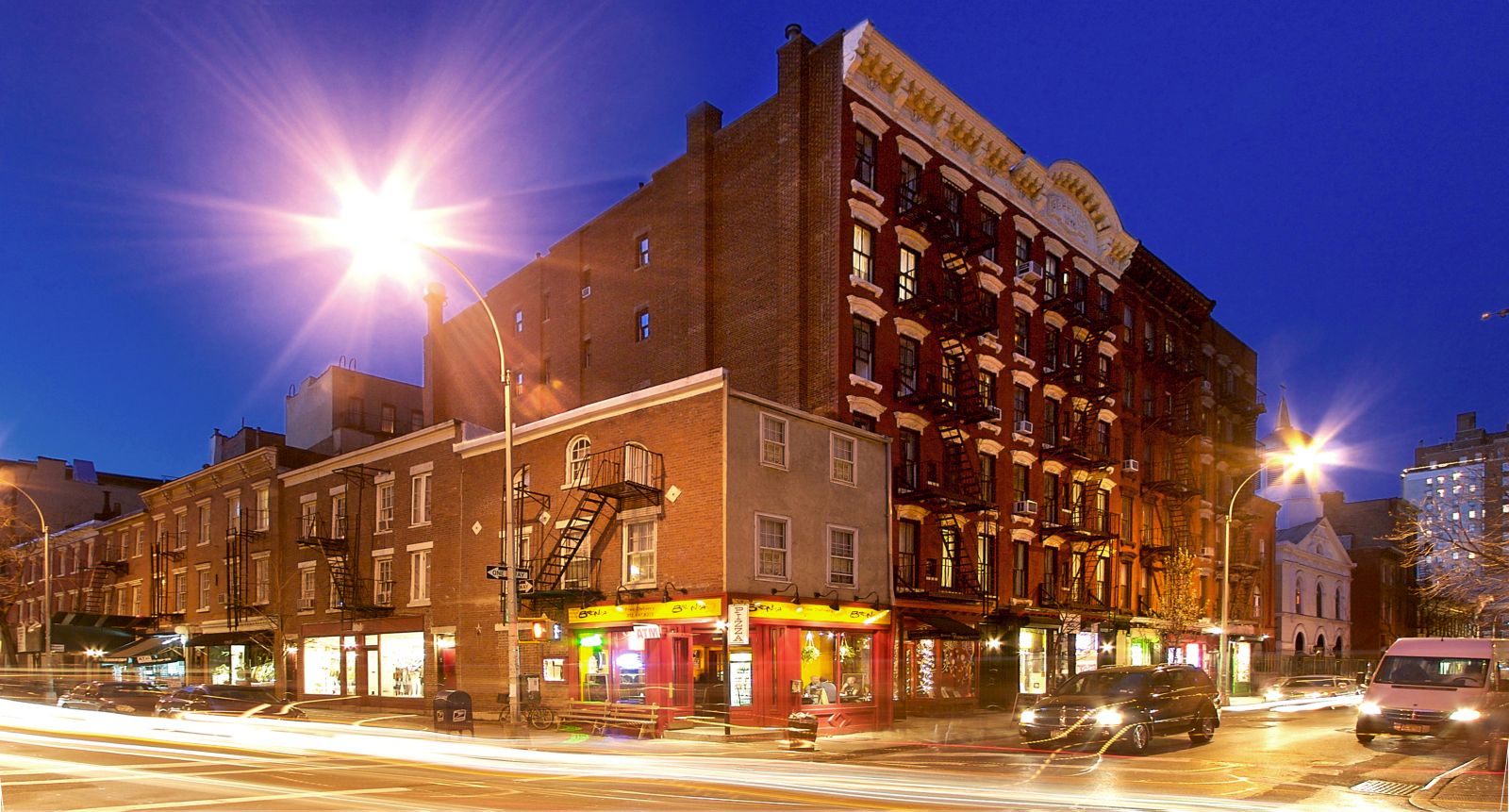 When we began managing 341 Bleeker, we had two tenants and a store. Bricks were crumbling within the fireplaces and the building was considered dangerous. However, the tenants didn’t want to vacate.

We were unable to get an order to evict our tenants so we had to negotiate. We found units around the corner and we relocated the residents safely to a new building. R.E.M. then had to get order to evict the store resident as it was dangerous. After a year of hard work, we finally evicted the last tenant. Because the inside of the building was in such bad condition, we submitted a request to the Landmark committee to take the building down to its foundation and restore it brick by brick to look exactly like the original. But the application was denied. The building is recognized as a landmark so the facade had to be kept but everything else had to go. What we had to do was leave the external shell and gut the entire interior, without causing any harm to the shell. R.E.M. contracted to support the building from within while building it from the inside up. Of course this took herculean effort, planning and working with many city agencies, the DOB , LPC and various architects. This was a very time consuming, delicate project, and because of careful oversight and meticulous management, it went smoothly. R.E.M. ensured that everything was in compliance and that the inside was rebuilt to its former glory (and better) without interfering with the shell.

After the renovation, the space was rented to a high end retail skin care company and establishment, with 2 luxury rentals above. The rent roll went from $5000 per month to an unprecedented $30,000 per month. This building is definitely a financial success and now is almost maintenance free because of the successful and carefully planned rebuild. 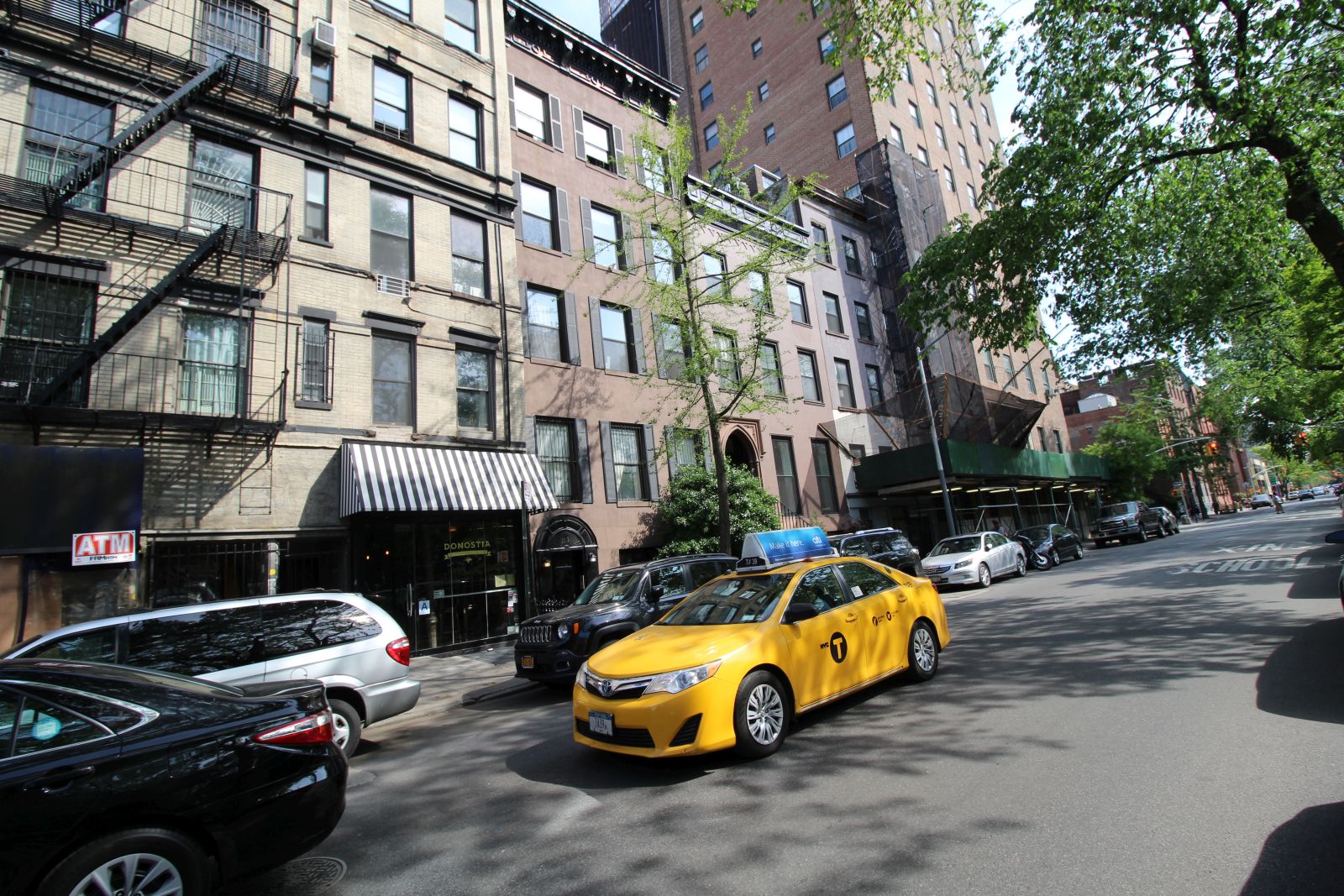 When R.E.M. began managing this property, it was totally neglected. The landlords lived out of town and the management company had simply been letting the property sit. The property was totally neglected. The owners could barely pay the mortgage with the scant income. The ground floor unit was empty and in total disarray. The prior management company had not done any research so the rents in the building were very low. The 3rd floor unit was empty. And the budget was so dire, there was no money to renovate.

R.E.M. instantly started working with residents to do minor repairs and get them paying rent. We sourced and hired a contractor to renovate one of the units on a budget, and got some more rent coming in. After a few months of higher revenue, we gathered enough money to renovate the ground floor unit. R.E.M.’s rental department did market research and we were able to get higher rents for the landlord.

Today all the units are fully occupied and the building is cash flow positive. Because of the increase in value to the building, the absentee owner is now considering the option of selling at a huge profit as they were able to get a much higher sales price than they ever thought possible. 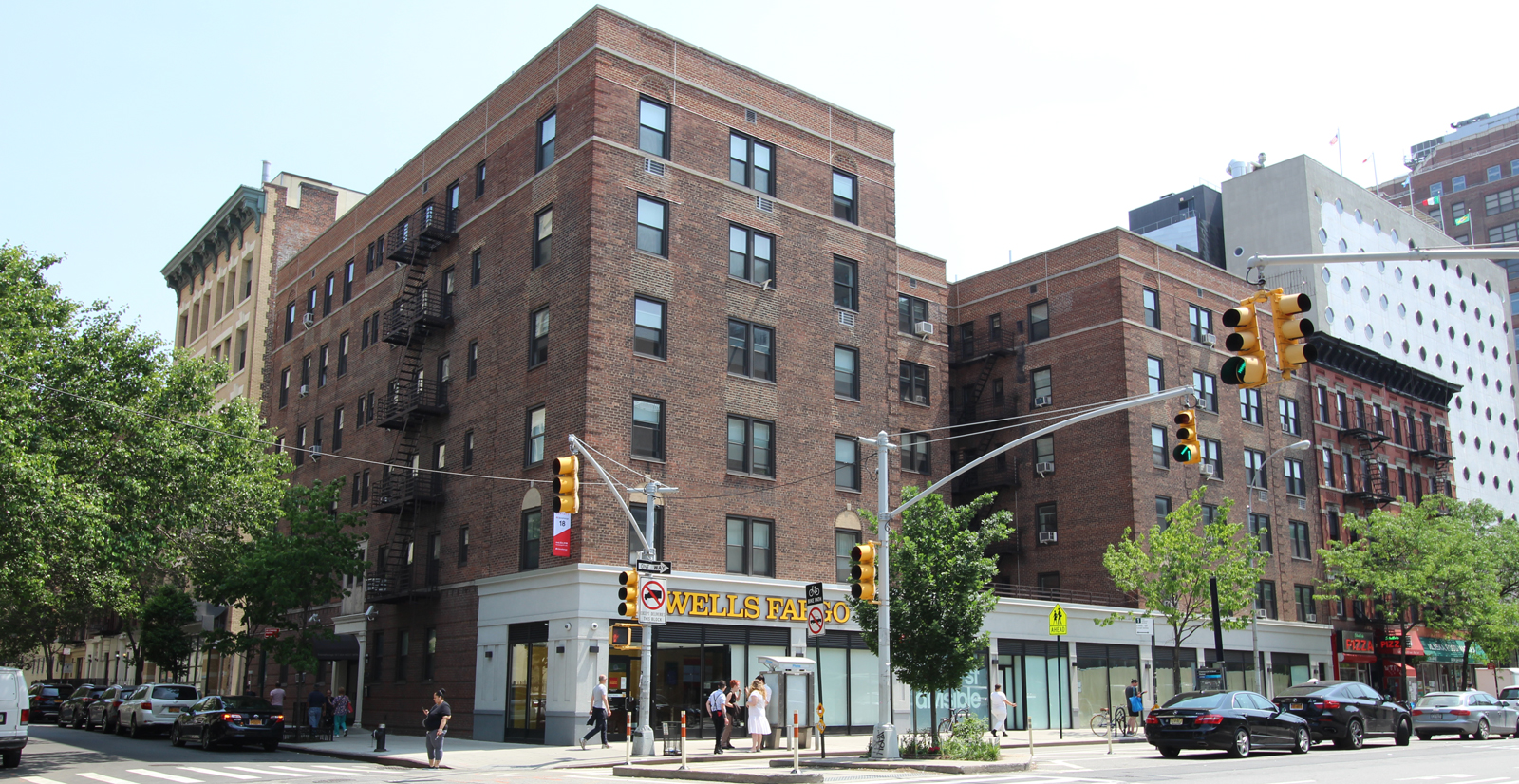 Morris Moinian bought the building for 31 million in 2008 right before the market crashed. Of course, the value of the building immediately dropped significantly. Both retail stores and tenants weren’t paying rent. There was a very strong tenant association. Parts of the building were either neglected or in a state of disrepair

R.E.M. worked closely with the Tenants Association to improve the building. We listened to issues and resolved them. R.E.M. worked hard to bring the rent roll and value up. We negotiated buyouts with some tenants and evicted others. R.E.M. almost emptied out all the stores and we rented out one huge retail space. We improved the building. R.E.M. renovated many units and the hallways. Of course, we always source for the best price and quality and oversee every stage of the renovation process. We installed a new parapet and intercom system. We hired a qualified energetic superintendent to fix and maintain the property. The Tenant Association noticed the changes and started to work with us, trusting we always do the right thing.

After 3 years the rent roll increased by 60%. The landlord then sold the building for MORE than he bought it even though he bought at the height of the market. R.E.M. was able to not only maintain the property value but significantly improve it during a catastrophic market downturn. 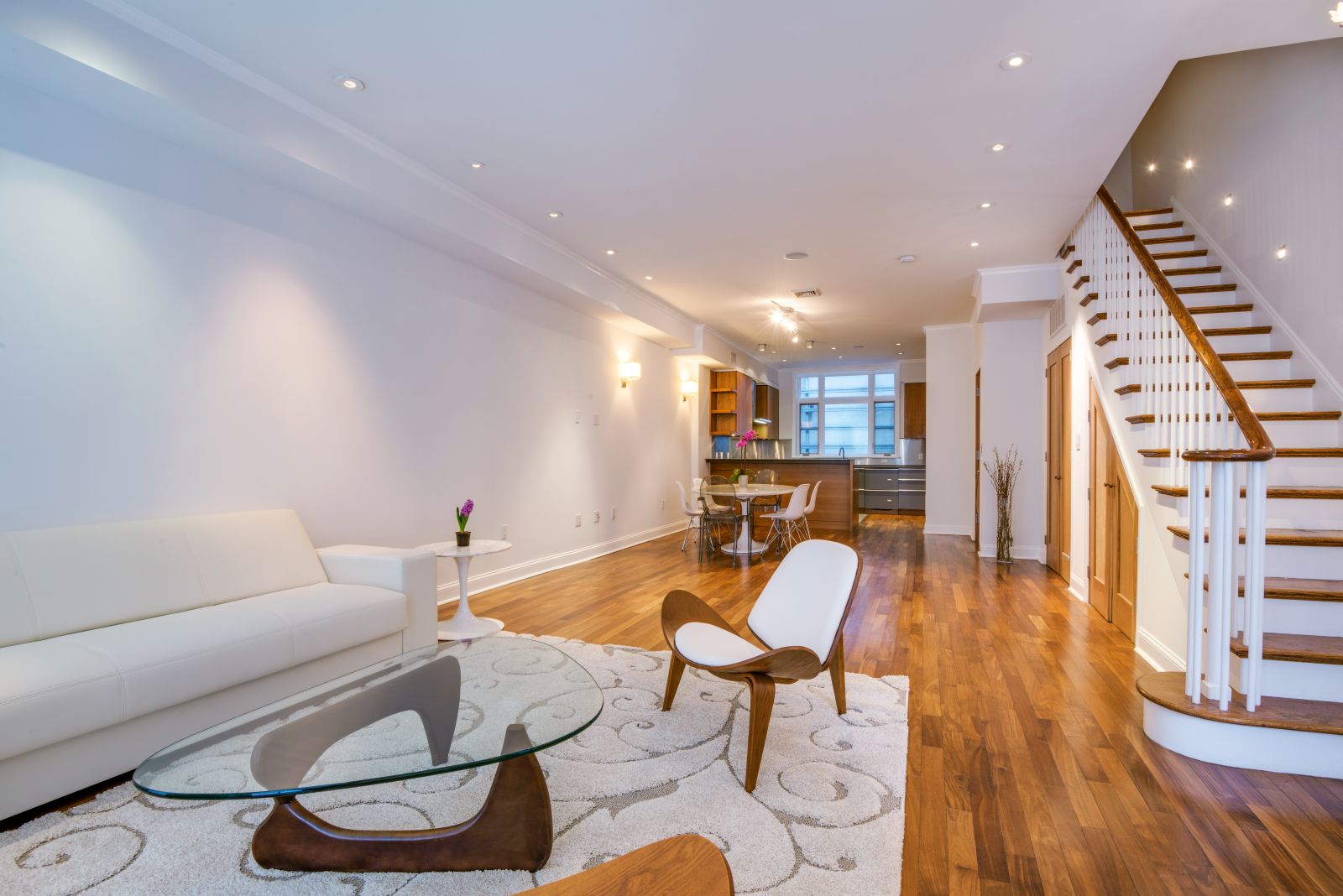 After we vacated the building, we began renting out the townhouse as a single unit. The rent roll is now $25,0000 per month. Prior to our intervention, the rent roll was $5,000 per month. The landlord is definitely grateful for our time, effort and out-of-the-box solutions.

R.E.M. negotiated buyouts on three of the tenants. We unfortunately had to go to court on one case, which was a lengthy process. The tenant wouldn’t leave regardless of the amount of money that was offered to her. R.E.M. is innovative and by leveraging our relationship with another building we manage, we finally were able to negotiate to move her by moving her rent controlled status to another building. She is now happily living there in a nicer building and much larger unit. We understand that sometimes older people are just afraid of change so we were careful in our negotiations.

When we began to manage this property, the owner informed us that he wanted to rent the entire property as one townhouse. But we had 4 tenants  3 stabilized, and one rent controlled. 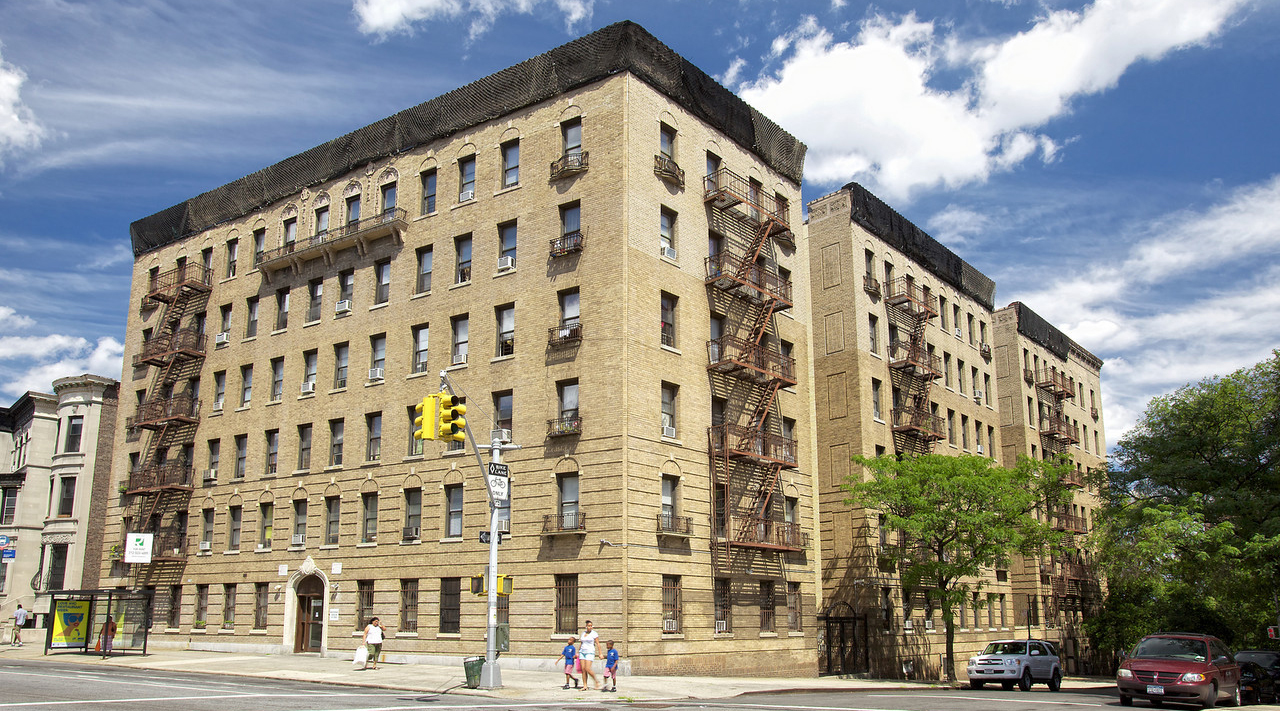 Because of getting to know tenants and the new key fobs, R.E.M. effectively prevented people from bringing in roommates or subletting. Problems with illegal and non paying tenants were effectively eliminated. The result of the new control and the valve work R.E.M. ordered saved the owners 40% on fuel. R.E.M. reduced building expenses by over 80% and almost doubled rent roll. The building continues to flourish.

R.E.M. took over management of this building in 2008. The former manager wouldn’t cooperate or turn over documents so we had to manage the building for a year with no paperwork. The building was a mess and inundated with drugs. Tenants weren’t paying rent. The new boiler wasn’t working properly. There was a bad rat problem. And unsurprisingly, there was a very angry Tenants Association.

Because of getting to know tenants and the new key fobs, R.E.M. effectively prevented people from bringing in roommates or subletting. Problems with illegal and non paying tenants were effectively eliminated. The result of the new control and the valve work R.E.M. ordered saved the owners 40% on fuel. R.E.M. reduced building expenses by over 80% and almost doubled rent roll. The building continues to flourish. 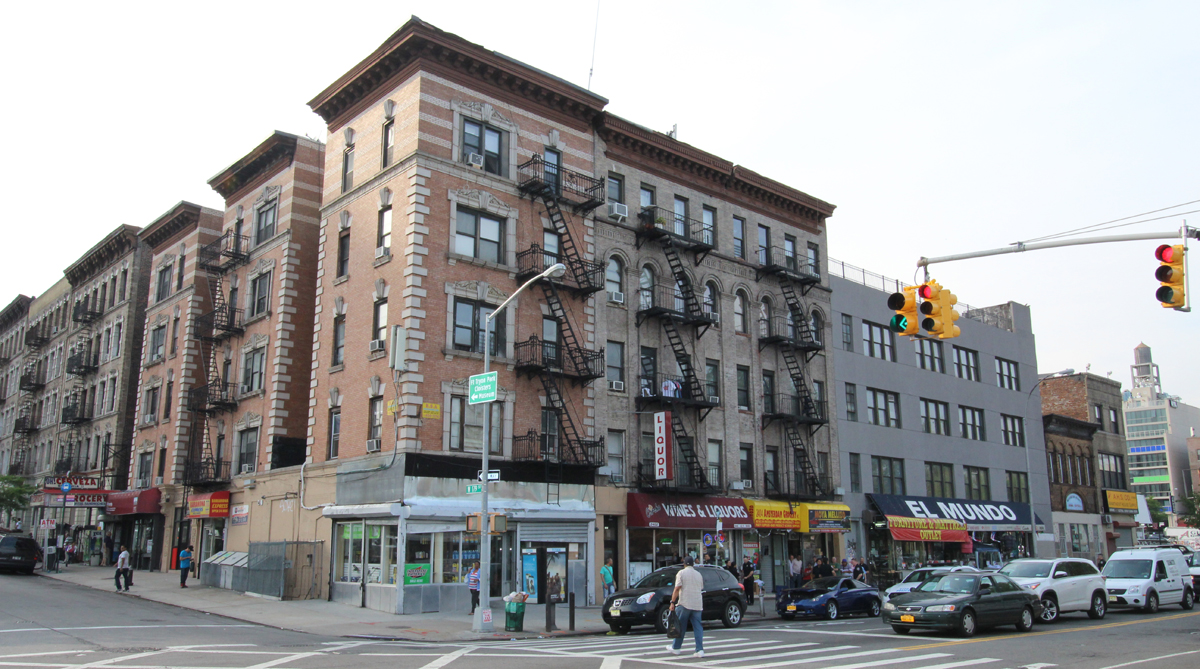 A calamity occurred while we were managing this building – a major fire broke out. Lives were in danger and there were several agencies on the scene. This occurred in the middle of an ice/snow storm and tenants were homeless, cold and frightened. The building was in bad shape.

R.E.M. worked with the residents and contractors to repair and restore the building to its original condition. This included a new roof, several units, as well as the halls. The repairs were completed in record time, and all of our tenants are moved back in and happy. Our tenants are still appreciative of our effort and involvement. It was clear from our actions that R.E.M. not only cares about the building but the tenants as well.

Despite the time and the weather, the property manager, Alana, as well as other R.E.M. staff worked tirelessly during the crisis. Our tenants saw and appreciated that we were out there from the beginning to help with this terrible situation. R.E.M. immediately called a reputable fire disaster company who arrived there quickly. We called our trusted insurance adjuster who worked on our behalf with IBX and various agencies to relocate our residents. We ensured communication and compliance with all laws and regulations. R.E.M. worked to get tenants back in as quickly as possible, and negotiated with the insurance company to get paid for loss of rents, and other out of pocket payables. Because there were no hazardous violations in the building, we a were confident that we were not at fault for the fire. R.E.M.’s reputation with various city agencies helped with expediently handling this crisis. Because of our spotless record, the agencies were automatically more helpful, and were more cooperative than they would have been with a management company who had a record of complaints.